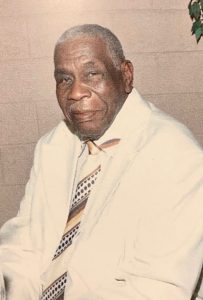 Deacon Wilburn McMillian was born May 6, 1932 to the late Lillie Mae McKinnon and Lazarus McMillian. He departed his life on February 8, 2020 in Thomasville, GA.

He joined First Missionary Baptist Church in Barwick, GA at an early age. He was the chairman of the Deacon Board. He was an Army Veteran. He was the Worshipful Master of Mt. Vernon Lodge #56 in Boston, GA for more than 40 years.

Funeral services were Saturday, February 15, 2020 at 3 p.m. at First M. B. Church in Barwick. Burial followed at the Barwick Westside Cemetery.