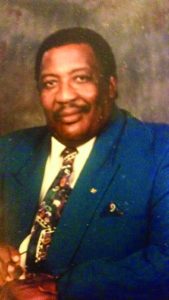 Mr. Floyd James Smallwood Sr. was born May 4, 1938 in Brooks County, Georgia to the late James Smallwood and Emma Reddick Smallwood. He was also preceded in death by two grandchildren, Jamal and Anisa Mobley; six sisters and four brothers.

He was married to the late Frankie Mae Smallwood for 54 years. He was employed at the Brooks County School System as a custodian and a bus driver and for the City of Morven. Mr. Floyd loved sitting on the porch, having conversations with those who come by to visit, and family, especially his “GRANDCHILDREN”.

Funeral services were Saturday, March 8, 2020 at 11 a.m. at the Morven Auditorium with Pastor James Huewitt officiating. Burial followed at the Pineview Cemetery in Morven.