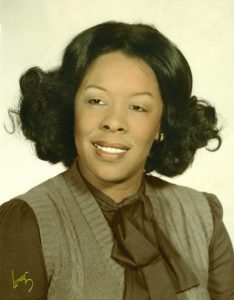 Ms. Dorothy Ann Marshall passed away peacefully on Tuesday, February 18, 2020 at St. Francis Hospital.  Born in Quitman, GA on June 2, 1948, daughter of the late Thomas Jefferson and Cora Mae (Thomas) Marshall. She was a graduate of Washington Street High School, Class of 1966.  After high school, she received her Associates Degree at Thomasville Technical Institute.  Afterwards, Dorothy moved to Hartford, CT and took a position at Pratt & Whitney Aircraft where she worked for over 42 years until her retirement in 2009 as a buyer in purchasing department.  Dorothy moved to Manchester in 1989.  She joined the Manchester Church of Christ and was an active member within the life of the church.  In her spare time, she enjoyed watching TV and relaxing at her home and dining out at area restaurants with her family and friends.

Funeral services were Friday, March 7, 2020 at 12 p.m. at the Shumate Church of Christ in Quitman with Minister Tony Herring officiating. Burial followed at the North End Cemetery in Quitman.

Condolences may be made by visiting stevensmcgheefuneralhome.com Stevens-McGhee Funeral Home was in charge of the arrangements.