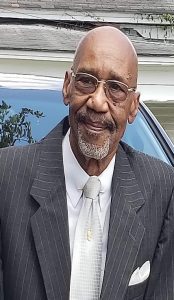 Mr. Ronald Henry Newton departed this life on January 21, 2020.  He was born on February 26, 1947 in Brooks County, Georgia to the late Jessie and Helen Hallman.  His biological father was Charles L. McKinnon.

He was a 1967 graduate of Washington Street High School.  Afterwards, he was drafted and served four years in the United States Air Force during the Vietnam War as a jet engine mechanic. Upon his return, he dedicated thirty years of a career with Delta Airlines until his retirement.