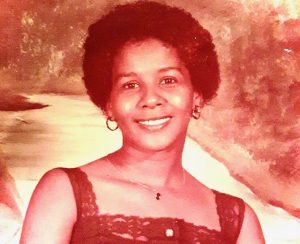 Mrs. Carolyn Turner Whitfield was born on December 1, 1952 in Brooks County Georgia to the late Wallace Turner Sr. and Margaret Presley Turner.  She was preceded in death by one brother Nathan Turner and a grandson, Shawn Waters.

She departed this life on January 15, 2020.  She was a graduate of the Brooks County High School class of 1970. In 1972 she married the late Mr. Ernest Whitfield Sr. and to this union, two children were born. She was a member of the Bible Church of God in Dixie, GA.

She was employed at Brooks County Hospital until she retired and her health began to decline.