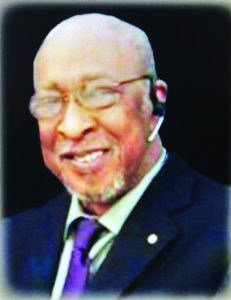 Mr. Ronald “Ron” Lee Chisholm, son of the late Lonnie Lee, Jr.and Bernice Chisholm, was born on July 24, 1944 in Philadelphia, PA.  He received his education from the public school system of Philadelphia.  After graduating in 1963, he entered the United States Army. Upon receiving an honorable discharge in 1966, Ron enrolled in the Community College of Philadelphia and began working with Pennsylvania Bell.  During his telecommunication career, he served as job steward and a dedicated member of the union, Communication Workers of America, Local 3212.  He served faithfully for 43 years and retired from AT&T in 2009.

In 1969, Ron married his high school sweetheart and wife of 50 years, Velma Cherylle Simpkins, and to this union four daughters were born:  Chenée, Denise, Donna, and Deborah.  In 1978, he made the decision to leave Philadelphia and move south to Quitman, Georgia and later settled his family in Valdosta, Georgia. He was a faithful member of New Hope Missionary Baptist Church of Valdosta.

To his friends, he was known as Ron; however, to his family he was Ronald, Dad, and Pop-Pop.  He was a family man who enjoyed traveling and sitting at the kitchen table drinking coffee and talking with the family.  He was a man of God, character, and integrity. He had many passions that included cars, photography, movies, music (particularly jazz), politics, football, car racing, and driving his retirement gift to himself, his Harley Davidson truck. Also, he had a special love for dogs, especially Weimaraners.  At the top of his list lately was watching his grandson play football for the University of Texas.