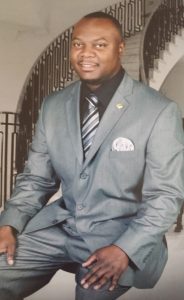 Mr. DeJuan LeTray Thompson was born May 6, 1978 in Thomasville, GA to Patricia Ann Thompson Hardy and Donnie Hardy.  He became a member of Bethel A.M.E. Church at an early age.  Later in life he and his family attended Church of Perfecting Saints in Quitman, GA under the leadership of Pastor Calvin Williams, Jr.

DeJuan attended the Brooks County School system, graduating with the Class of 1997.  He married his best friend, Crystal Thompson in 1999.  To this union, 5 children were born and loved.