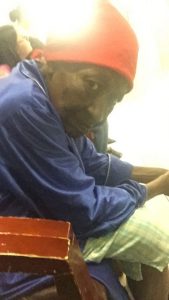 Mrs. Glendora Simms was born on April 17, 1937 to the late Benjamin and Katie Lee Williams in Beaver,  Pennsylvania. As an adult, she lived in Brooklyn, New York and later Dixie, Georgia to take care of her mother. She also had a daughter, Ms. Diane Williams, who passed away tragically. She was married to the late Mr. Joseph Pettis Simms. To their union, one child was born.

Condolences may be made at StevensMcGheefuneralhome.com. Stevens-McGhee Funeral Home was in charge of the arrangements.